Ladies and gentlemen, the Cadillac Palace Theatre is proud to present the fifith longest-running Broadway of all time – Fiddler On The Roof! A story of the clash between progressive society and cultural values, the plot centers around Tevye, the milkman, and his fears and resistance to his daughters decisions to marry increasingly less and less “suitable,” men. Told with wit and humour, this musical is an absolute gem, and an essential watch for any Broadway fan. If you haven’t seen it already, here’s your chance – and if you have, you’ll love the latest revival! Choose your performance from the list below and book well in advance for your chances of securing the best seats on the day.

Fiddler On The Roof Tickets:

“I would definitely recommend it if you haven’t seen the play before, or if you have only seen the inferior film version” – The Sprout

“Revelatory direction, eloquent visuals and that sublime klezmer-inflected score by Sheldon Harnick and Jerry Bock—what more do you need?” – Time Out

“The sorry state of the world gives us new reason to appreciate the depth of feeling so powerfully, so ingeniously embedded in “Fiddler on the Roof” – New York Times 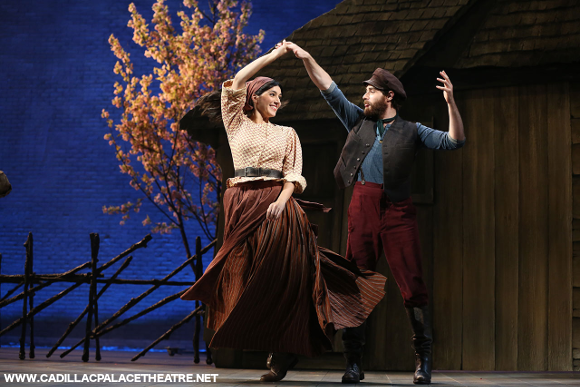 Based on “Tevye and his Daughters,” also known as “Tevye the Dairyman” and other stories by Sholem Aleichem, the musical Fiddler On The Roof features music by Jerry Bock, lyrics by Sheldon Harnick, and a book by Joseph Stein. Set in Pale of Settlement of Imperial Russia in 1905, the musical touches upon the difficult political climate for Jews in Russia at the time, with the looming threat of eviction from the new Tsar, as well as the personal familial struggles of Tevye himself as his strong-willed daughters increasingly challenge his religious and cultural worldviews. The first to marry goes against his wishes for her, the second wishes to marry outside the village, and the third commits the most heinous crime of all – developing a romance with someone not of the Jewish faith. Hilarious and loveable in his cantankerousness, audiences cannot help but identify with the frustrated and bewildered Tevye as he struggles to wrap his head around the times as they change around, and so close to him.

Initially tried out at Detroit’s Fisher Theatre in July and August 1964, Fiddler On The Roof had a tricky time getting to Broadway – with some certain the musical would be “too Jewish,” in theme to appeal to a mainstream audience, and others decreeing the musical a watered down version of the culture and religion for consumption by the masses. However, when the production opened at The Broadway Theatre, it was a colossal box office success – indicating popularity with both audiences! – and ran for a record-setting total of 3,242 performances. 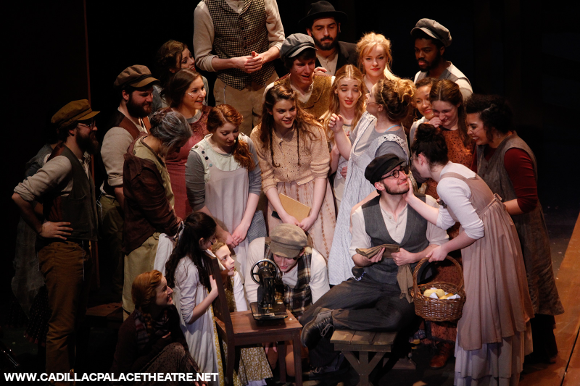 It’s not surprising to see why Fiddler On The Roof has such universal appeal. With tongue-in-cheek, clever, humorous dialogue and a fast-paced plot, the themes of the musical are easy for anyone of any background to get behind, and the culture-specific references provide an extra level of enjoyment to those who already familiar with them. The set, based off the paintings of Marc Chagall and originally designed by Boris Aronson, while stripped-back to allow focus on characterisation and plot, is nothing short of exquisite in its refined simplicity, and the period costumes serve to compliment it perfectly, transporting you straight into the penurious, but dignified and proper, world inhabited by Tevye and his family. The acting brings each character out as fully realised, with Tevye, of course, stealing the show, and the audiences’ hearts. With all their flaws, hopes, dreams and desires, the essential humanity of each makes them consistently relatable to the viewer, even as mistakes are made and the characters hurt their friends and family in the pursuit of their own, often conflicted, ambitions. The choreography is superlative, and the music, of course, is of the same high standard as the rest of the musical’s merits, to the extent that they’ve seeped into references in popular culture. The songs of Fiddler On The Roof will stay with you for days after you’ve seen the musical.

Don’t miss out on this enduringly brilliant work of theatre – get your tickets to see Fiddler On The Roof today! 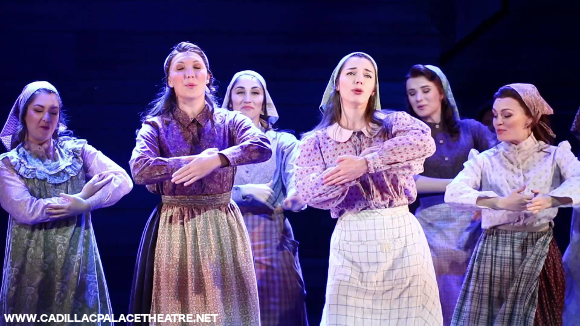