THE PHANTOM OF THE OPERA “If I am the phantom, it is because man’s hatred has made me so. If I am to be saved it is because your love redeems me.” Cadillac Palace Theatre on Sunday 29th December 2019 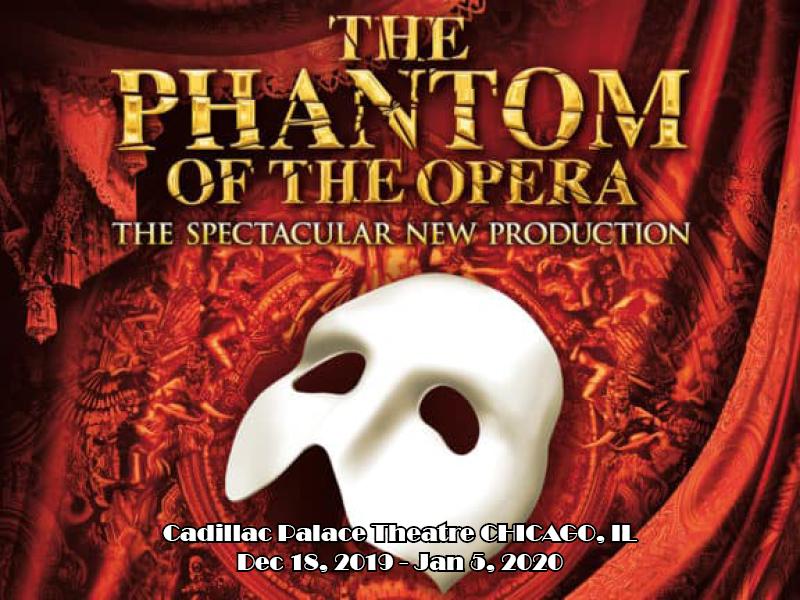 The Phantom of the Opera! The spectacular production of Andrew Lloyd Webber and Cameron Mackintosh. The Phantom, a severe man deformed since birth lives in the sewers below the Paris Opera House. Haunting the Opera house above and causing the lead actress to resign, until he meets Christine the new replacement, he experiences passionate feelings for the dark melody artist, and secretly mentors her while threatening whatever remains of the musical show house and insisting that Christine be given lead parts.