“If I am the phantom, it is because man’s hatred has made me so. If I am to be saved it is because your love redeems me.” THE PHANTOM OF THE OPERA, One of the original stories of love, loss and revenge! Come to Cadillac Palace Theatre on Friday 3rd January 2020 to see this unforgettable show. Buy your tickets now! 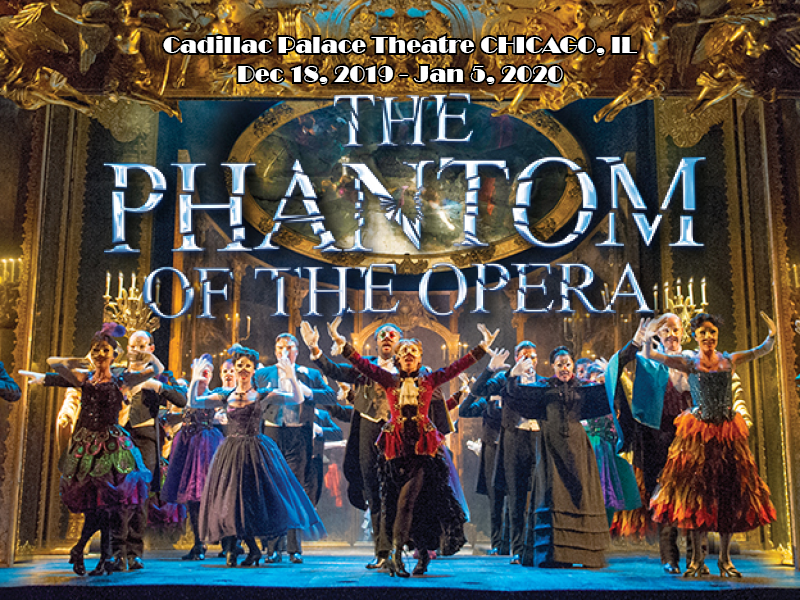 Who is Christine? A young talented singer who, with the right training, could become world famous.

While rehearsing at the Opera, where weird and unexplainable things happen, Christine captures the attention and the heart of her Angel of Music, The Phantom, or as the Opera call him…The Opera Ghost. But he is no ghost. Christine becomes the venue's leading lady, but tragedy awaits as the young soprano has fallen for the charms of handsome noble Viscount Raoul De Chagny, not realizing The Phantom is deeply in love with her. Insane with jealousy and unable to see the object of his affection, and ultimately is obsession, in the arms of another man, The Phantom kidnaps Christine – unaware of the lengths Raoul is prepared to go to get her back… Now, will Christine ask everything of Raoul or listen to the Music of the Night?