THE PHANTOM OF THE OPERA “Slowly, gently, night unfurls its splendour. Grasp it, sense it – tremulous and tender.” Cadillac Palace Theatre on Thursday 26th December 2019 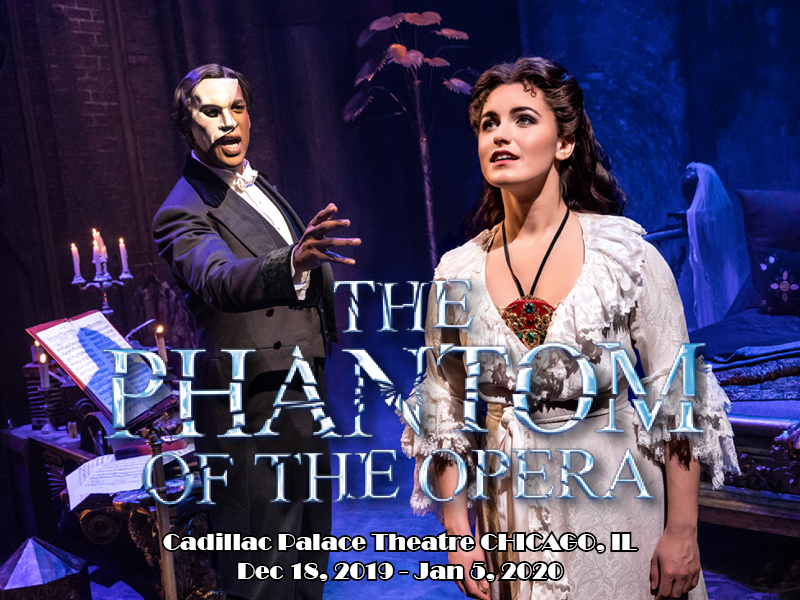 Deformed since birth, a severe man referred to as the Phantom lives in the sewers underneath the Paris Opera House. He experiences passionate feelings for the dark melody artist Christine, and secretly mentors her while threatening whatever remains of the musical show house and requesting that Christine be given lead parts.

The Phantom of the Opera makes a triumphant return to Chicago, bigger and better than ever before. Featuring brilliant new scenic design by Paul Brown, Tony Award-winning original costume design by Maria Björnson, lighting design by Tony Award winner Paule Constable, new choreography by Scott Ambler, new staging by director Laurence Connor, and the now legendary chandelier! A cast and orchester of 52 makes this one of the largest Phantom of the Opera productions now on tour!