THE PHANTOM OF THE OPERA “You alone can make my song take flight. Help me make music of the night” Cadillac Palace Theatre on Monday 30th December 2019 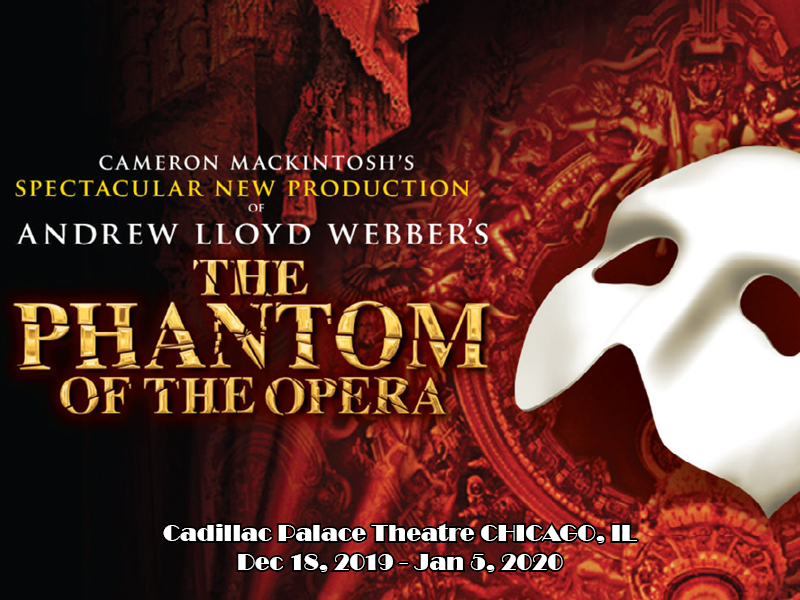 The Phantom of the Opera! The spectacular production of Andrew Lloyd Webber and Cameron Mackintosh. Deformed since birth, a bitter man known only as the Phantom lives in the sewers underneath the Paris Opera House. He falls in love with the obscure chorus singer Christine, and privately tutors her while terrorizing the rest of the opera house and demanding Christine be given lead roles. Things get worse when Christine meets back up with her childhood acquaintance Raoul and the two fall in love. The Phantom decides to kidnap her and imprison her with him in his lair. Raoul is now the only one who can stop him.