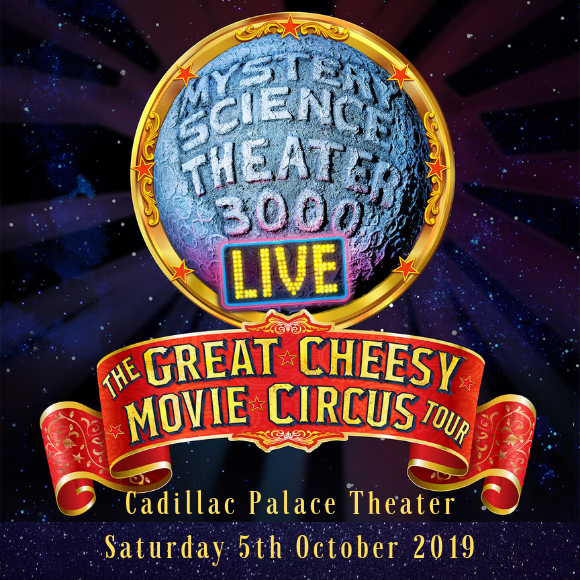 Joel Robinson (played by show creator Joel Hodgson) is shot into space and forced to watch bad movies while mad scientist Dr. Clayton Forrester (Trace Beaulieau) and his crony, TV's Frank (Frank Conniff) to monitor his mind. It was then that Joel builds a cast of lovable robot sidekicks to help keep his sanity: Crow, Tom Servo, Gypsy, and Cambot. It is through their wisecracks, quips, and friendships that they make it through a barrage of increasingly terrible cinema. In turn, the audience gets a intensified waves of gut-busting hilarity.

Catch Joel Hodgson and the world’s greatest – and only – movie-riffing robots, Tom Servo, Crow, and Gypsy, as they take you on an exhilarating roller coaster ride through some of the cheesiest shows ever made.

This is the last chance to see Joel LIVE as he celebrates his final live tour performing the unique comedic art form he created. The exhilarating, nonstop, rapid-fire hilarity is brimming with hundreds of jokes riffed on a “So-Bad-It’s-Good” feature film, plus spirited sketches and songs that turn the stage into a circus-themed party.