Everybody loves little orphan ANNIE! From generation to generation, Annie has always been a must-see show for the whole family. This Tony Award winning musical production is loaded with lovable characters — the adorable, witty, and precocious Annie, the stern yet soft-hearted Daddy Warbucks, and the landlady guardian that we all love to hate —Mrs Hannigan. Infectious and effervescent musical numbers, bouncy choreography, and the heart-warming story could make us shout for joy one moment then cry buckets of tears the next. And yes, those memorable ditties like ‘Tomorrow’, ‘It’s A Hard Knock Life’, ‘Maybe’ …will make you hum and whistle such tunes for days. This is the one of the best family memories one could ever have, so don’t miss it for the world. Go, get your tickets now! 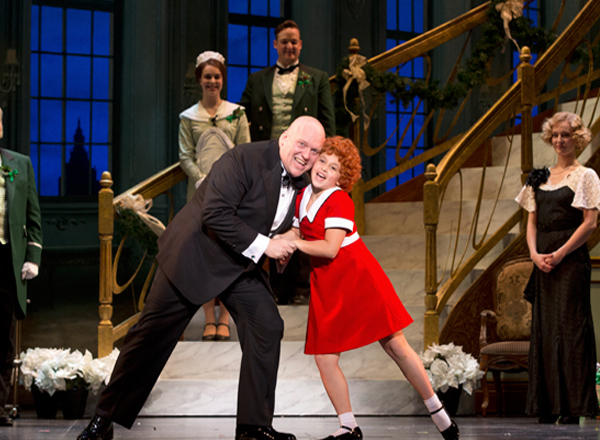 Annie the musical was based on the Harold Gray Comic strip called ‘Little Orphan Annie’. In 1977, the maiden show opened on Broadway and ran for close to six years — setting a record for the Alvin Theatre, which is now called the Neil Simon Theatre. Annie bagged 7 Tony Awards for Best Musical, Best Book of a Musical, Best Original Score, among others. In 2012, Annie was revived on Broadway. It holds the astounding record as the 13th longest running American musical in the history of Broadway. Annie was been produced in 34 countries all over the world and translated into 28 different languages.