UK electro-crooner James Blake comes to Cadillac Palace Theatre on Sunday 9th October 2016! Touring North America from coast to coast in support of his highly acclaimed 2016 album The Colour in Anything, Blake will leave you breathless with his soulful soundscapes and heartfelt grooves, going from chill to sexy in sixty seconds! 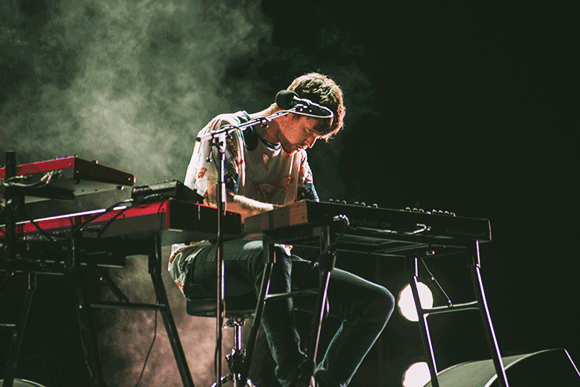 James Blake is an English singer, songwriter, musician and producer from London. His music career began in 2009, when he released his debut 12" record, entitled "Air & Lack Thereof", the first in a trio of dubstep-influenced EPs that soon became favored by BBC Radio 1's Gilles Peterson. Blake released his eponymous debut album in 2011, to critical and commercial success, and has released two albums since, the second of which won the coveted Mercury Prize. He won the 2014 Ivor Novello Award for Best Contemporary Song with “Retrograde”. Blake produced and was featured on the song "Forward" from Beyonce's 2016 album Lemonade. He also co-wrote the album's opening track, "Pray You Catch Me". His most recent album, The Colour in Anything, was released in May 2016.