The magical musical of Irving Berlin's White Christmas comes to Cadillac Palace Theatre on Wednesday 11th December 2019. Enjoy this holiday season with two hours 30 minutes of good ol’ Christmas music. It is time to be jolly! 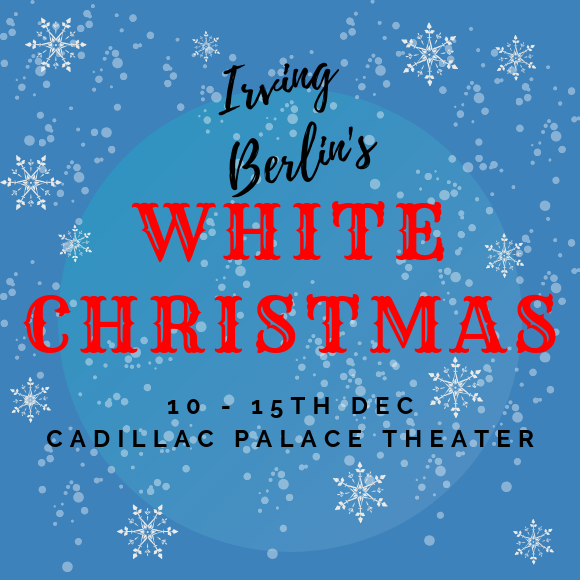 White Christmas is a musical based on the Paramount Pictures 1954 film of the same name. The book is by David Ives and Paul Blake, with music and lyrics by Irving Berlin. Originally, premiered in St. Louis in 2000 at The Muny,[1] after which it opened in San Francisco in 2004. It has since played in various venues in the US and Canada, such as Boston, Buffalo, Los Angeles, Toronto, Winnipeg, Vancouver, Detroit, Denver, St. Paul, and Louisville. It is now a West End Production.

FYI:
All patrons, regardless of age, must have a paid ticket for admission.