Food-lovers and cookery geeks, have we got a show for you as America's Test Kitchen's Christopher Kimball comes to Cadillac Palace Theatre on Thursday 29th September 2016! Take a dash of experimentation, a pinch of comedy cooking capers, a liberal dose of audience interaction and one culinary cooking quiz, and you'll have an appetizing night that you'll never forget! 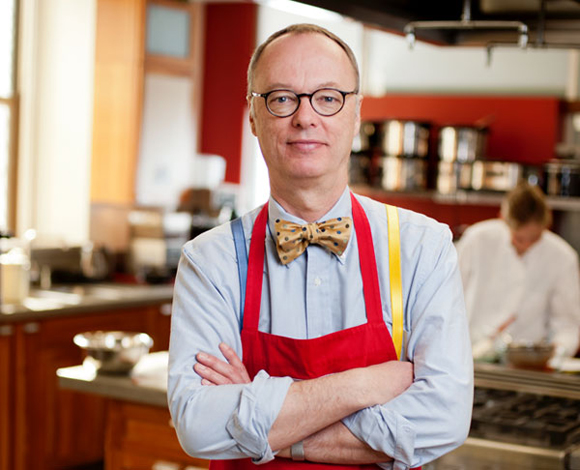 American chef, editor, publisher, and radio/TV personality Christopher Kimball began his career in 1980 when he began Cook's Magazine. In 1993, having sold Cook's Magazine five years prior, he founded and launched Cook's Illustrated magazine. Since then, he has gone on to also found, edit and publish America's Test Kitchen and Cook's Country magazines. Kimball is also a columnist for the New York Daily News and the Boston-based Tab Communications, as well as having authored The Cook's Bible, The Yellow Farmhouse Cookbook, Dear Charlie, The Dessert Bible and Fannie's Last Supper. In recent years, Kimball is best known for hosting the syndicated Public Television cooking shows America's Test Kitchen and Cook's Country from America's Test Kitchen.